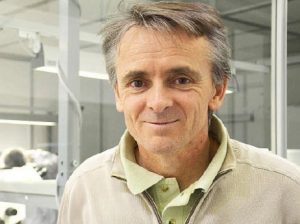 During its meeting on November 18, 2016, QUANTEL’s Board of Directors appointed Marc le Flohic, QUANTEL’s new majority shareholder through the company EURODYNE, which he indirectly controls, as Chairman of the Board of Directors and Chief Executive Officer, replacing Alain de Salaberry.
As previously announced, the Board also acknowledged the resignations of Mr Alain de Salaberry, Mr Christian Moretti, Mr Patrick Schoenahl and Mr Ghislain du Jeu from their positions as directors, as well as EURODYNE’s appointment of Mrs Gwenaëlle Le Flohic as EURODYNE’s permanent representative, replacing Florent de Salaberry. In addition, the Board coopted ESIRA as a new director and acknowledged Mr Jean-François Coutris’ appointment as ESIRA’s permanent representative on the Board. Following these changes, the Board of Directors now has six members, compared with eight previously.
In his new role, Marc le Flohic will be assisted by Laurent Schneider-Maunoury, General Manager, while Alain de Salaberry will provide support as an advisor.
Marc Le Flohic declared: “I would like to offer my warmest thanks to Alain de Salaberry for the confidence, trust and honor he has shown by enabling me to take over from him and head up the QUANTEL Group, which is renowned worldwide for the quality of its lasers and laser systems. My goal is initially to further strengthen the Group’s profitability. Alongside this, and to also support this primary goal, I will be ramping up internal synergies within the Group, which has several subsidiaries and divisions, while focusing on putting in place an industrial organization. I am also the founder and head of the KEOPSYS Group, and I intend to develop synergies and collaboration between QUANTEL and KEOPSYS with a view to supporting their sustained growth for the years ahead”.
Biography of Marc Le Flohic, 53
Following a PhD in physics at Rennes University, Marc Le Flohic began his career as a researcher at Toronto University in Canada for nearly three years. Following his research into fiber laser technology, in 1995 he joined the US firm Pritel, where, as an R&D engineer, he designed lasers, amplifiers and components based on fiber-optic technology for two years. In 1997, he returned to France to set up KEOPSYS in Lannion and he has been developing this company for the past 20 years, combining organic and external growth, establishing it as a global market leader for fiber laser applications and a pioneer working out of the photonics excellence cluster in Lannion.
The KEOPSYS Group (for Key Optical Systems) is specialized in designing and marketing fiber lasers and integrated fiber laser systems for scientific, industrial and military applications. With around 100 employees, the KEOPSYS Group recorded revenues of approximately €16.2 million and net income of around €2.2 million in 2015.

March 31 update : In the context of the COVID-19 pandemic and since March 17, the Lumibird group has…

COVID-19 – business continuity for the group

From March 17, following the measures implemented by the French authorities to prevent and contain COVID-19, the Lumibird group…